FAMOUS PEOPLE IN THE DIAMOND INDUSTRY 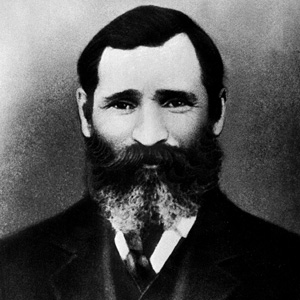 The Northern Cape in March 1867 was as hot and desolate as it appears to most passers-by today. However, to young Erasmus Stephanus Jacobs, 15 years, there was much with which to amuse himself as he played with the ‘klippies’ (stones) which abounded on their farm ‘De Kalk’, near Hopetown. Erasmus was somewhat amused when a neighbour, oom Schalk van Niekerk, asked if he could borrow one of the play stones – a particularly shiny one. This later turned out to be the first diamond discovery in South Africa.

Schalk took the stone to a friend, John O’Reilly, who lived at ‘Rooikop’, some hours away. O’Reilly seldom stayed in one place for long, as he usually traveled about by ox-wagon, trading and hunting, and often shot lions on his trips to the north. Schalk mentioned that he believed the stone to be a diamond on account of its hardness and weight.

O’Reilly showed the stone to Jewish storekeepers at Hopetown who ventured that it might be a topaz. At Colesberg he was about to throw it away when the acting Civil Commissioner, Lorenzo Boyes, suggested trying it on a pane of glass. They then sent it to Atherstones of Grahamstown in a plain envelope, who in turn passed it to Mr Southey, the Colonial Secretary. Sir Philip Wodehouse, then Governor of the Cape, thereafter bought it for 500UK pounds. Southey stated: “This diamond is the rock upon which the future success of South Africa will be built”. This later became known as the Eureka Diamond (21.19 carats). Needless to say John O’Reilly began prospecting. 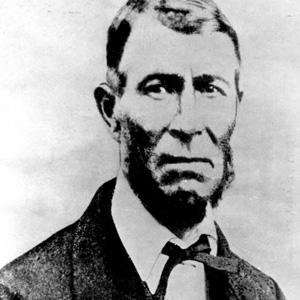 Kimberley is famous for the Big Hole, which is often referred to as the worlds deepest man made hole. The Big Hole is a huge pit, almost circular and 215m deep, right in the middle of the town.

Two Dutch settlers bought the farm in 1871. The two brothers called Johannes Nicolaas De Beer and Diederik Arnoldus De Beer soon discovered diamonds on their ground. This lead to a diamond rush, which made it impossible for them to keep the land. They were not able to protect it from the growing tide of intruders, so they sold it. Although they did not become the owners of the mines, one of the mines inherited their name and until today the diamond trade is connected with their name De Beers. De Beers is the company which today controls virtually all diamonds on Earth. 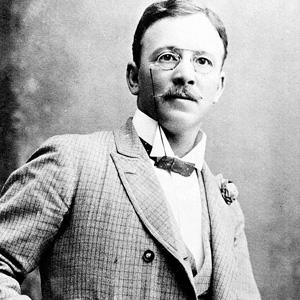 Barney Barnato, born Barnett Isaacs Barnato, arrived in South Africa from England at the age of 20. He came to South Africa penniless, but within 10 years he was a millionaire.

In 1876 he bought four claims in the Kimberley mine. He made a huge profit and later formed Barnato Diamond Mining Co., which he merged with Kimberley Central Mining Co. in 1833. In competition, Cecil John Rhodes sold one of his companies to Barnato’s Kimberley Central, but he retained his interest and gave Rhodes 20% in Kimberley Central. Rhodes and Barnato battled for the remaining stock. In 1889, Barnato sold out to the largest cheque ever issued at that time, for GBP5,308,650. The amalgamation lead to the formation of De Beers Consolidated Mines Ltd. and Barnato was promised a position as one of the four life-governors, a nomination to the Cape Assembly and membership to the exclusive Kimberley Club.

Barnato went on to become Kimberley’s MP in the Cape Parliament from 1889 to 1897. In 1896, Barnato disappeared while on passage to England, a presumed suicide. His family, vigorously rejected this theory, however, as it was so completely out of character of a man who had been a pioneer in the rough and ready days of emerging South Africa. 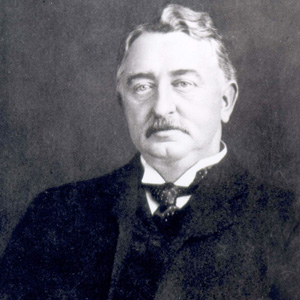 In 1870, shortly after having finished his schooling in England, Cecil John Rhodes, became very ill and was sent to South Africa to join his brother. He brought three thousand pounds his aunt had lent him and used it to invest in diamond diggings in Kimberley. There he purchased diamond claims and became prosperous, pumping water from the deepening flooded claims in Kimberley.

After expansion of his holdings and competition with Barney Barnato, Rhodes went on to form De Beers Consolidated Mines. He became Prime Minister (some say dictator) of the Cape Colony, and dedicated his final years to the creation of Rhodesia (now Zimbabwe). In 1902, at age 49, Rhodes died a very controversial figure. 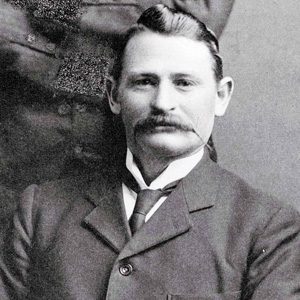 Thomas Cullinan, prospector and entrepeneur, was convinced that there were diamonds on the high ground of the Cornelis Minnaar Farm, Elandsfontein, South Africa. In 1896, when the northern part of the farm was sold to Willem Prinsloo, Cullinan, an influential contractor at the time, tried to obtain an option on the Prinsloo farm, but failed.

In 1898 Willem Prinsloo died and his wife inherited the farm shortly before the outbreak of the Anglo Boer War (1898-1902). After the war the brothers of Maria Prinsloo returned to the farm. The family were in dire need of money and in 1902, when Thomas Cullinan started new negotiations with the family, they agreed to the outright sale of the farm for the sum of GPB 52,000.

Cullinan’s optimism was not unfounded – the full extent of the kimberlite diamond pipe was soon established – 32ha in area, and was the largest in the world, establishing the Premier (Transvaal) Diamond Mining company. 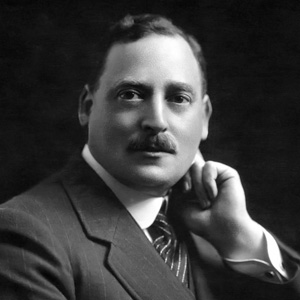 Sir Ernest Oppenheimer was a German-born industrialist, financier, and one of the most successful leaders in the mining industry of South Africa and Rhodesia (now known as Zimbabwe).

Oppenheimer became a junior clerk at the age of 16 with Dunkelsbuhlers & Company, London diamond brokers. In 1902 he moved to Kimberley, in South Africa, where he served as a Dunkelsbuhlers’ representative. Oppenheimer then moved to Johannesburg, where his family held mining interests.

In 1917 Sir Ernest founded the Anglo American Corporation of South Africa, later adding De Beers and effectively ruling the world commerce in diamonds and minerals both precious and strategic. He helped establish an engineering department at the University of Stellenbosch. He also donated funds to the Oxford University for the establishment of a center of colonial research and was awarded several honorary degrees. In 1956 Sir Ernest Oppenheimer’s health failed and he died the following year. He left his entire fortune to his only surviving son, Harry, who followed in his father’s footsteps. 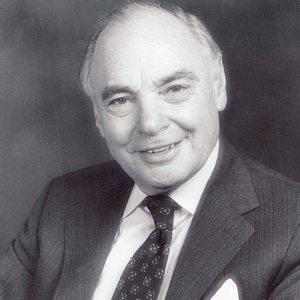 Harry Oppenheimer was a prominent South African businessman and one of the world’s richest men. Born Harry Frederick Oppenheimer on October 28th, 1908 in Kimberley, South Africa, Harry Oppenheimer (or HFO as he was known at his corporate headquarters) was groomed from an early age to succeed his father Sir Ernest Oppenheimer as head of the family business. He studied at Christ Church College, Oxford University, graduating in 1931 in philosophy, politics and economics.

Later, heading Anglo-American Corp from 1957-1982 and De Beers Consolidated Mines from 1957-1984, Harry Oppenheimer created thousands of jobs for South Africans and migrants from neighboring nations – both black and white. Despite sacrificing his seat in Parliament in 1957 with the death of his father and the onset of duties as head of Anglo-De Beers, Harry Oppenheimer broke much ground in the movement to abolish the barriers created by apartheid practices.