THE HISTORY OF DIAMONDS 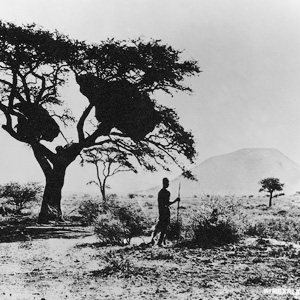 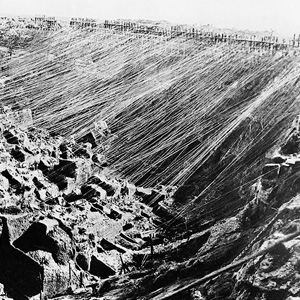 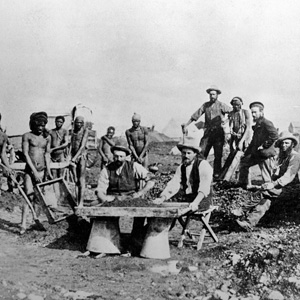 THE HISTORY OF DIAMOND MINING AND DIAMONDS IN SOUTH AFRICA

The 1867 discovery of diamonds in the Cape Colony, South Africa, radically modified not only the world’s supply of diamonds but also the conception of them. As annual world diamond production increased more than tenfold in the following 10 years, a once extremely rare material became accessible to Western society with its growing wealth. Today South Africa maintains its position as a major diamond producer.

The story of diamonds in South Africa begins between December 1866 and February 1867 when 15-year-old Erasmus Jacobs found a transparent rock on his father’s farm, on the south bank of the Orange River. Over the next few years, South Africa yielded more diamonds than India had in over 2,000 years.

The first diamond discoveries in South Africa were alluvial. By 1869, diamonds were found far from any stream or river. First in yellow earth and below in hard rock called blue ground, later called kimberlite, after the mining town of Kimberley.

In the 1870′s and 1880′s Kimberley, encompassing the mines that produced 95% of the world’s diamonds, was home to great wealth and fierce rivalries, most notably that between Cecil John Rhodes and Barney Barnato, English immigrants who consolidated early 31ft prospects into ever larger holdings and mining companies. In 1888, Rhodes prev Unlike the proverbial cat, one may expect the Premier Mine to enjoy only four lives. The first lasted from the discovery of the diamond pipe just before 1902 – and the formation of the Premier (Transvaal) Diamond Mining Company – until the outbreak of World War I when the mine was shut down and operated on a caretaker basis. By January of 1916 it was working again and production continued up to 1932 when diamond mining operations ceased due to the depressed state of the diamond industry.

Working resumed in 1945, but its fourth life really began in 1979 with the opening up of the mine below the Gabbroe sill, a 70-meter geologic intrusion of barren rock which cuts right through the pipe some 400 meters below the surface. Production from this new source has not only given the mine its longest life, but one that should enable production to continue for another fifteen years.

In the early years of its existence, the Premier Mine produced many large diamonds, including, of course the Cullinan in 1905, and since working was restarted in 1945 the mine has continued to yield some exceptional stones.

One of the most exciting moments was early on Sunday, May 22nd, 1954, when a diamond measuring just under 51 mm long, just over 25 mm wide and 19 mm thick unexpectedly appeared on the grease tables at the recovery plant. It was immediately apparent to the officials present that this, later known as the Niarchos diamond (426.5ct), was an exceptional find.

Visit a South African museum dedicated to the diamond industry. Discover more about South African diamonds and the history of diamonds when you visit our museum based in the Clock Tower, V&A Waterfront, Cape Town.